Be Transformed by the Renewing of Your Mind

*** This post is a Throwback to a few weeks ago when I wrote this and didn’t publish it. (I do that a lot a lot a lot.)

Today I am forcing myself to go to church and I feel like satan is angry. But so am I! This damned anxiety and sadness is maddening to me. The image that I keep coming back to is this bird just pecking me to death. Every peck an accusation. Before we leave our house, I send a simple text asking a friend for prayer. To be honest, I almost don’t even send the text. But I do….and immediately I feel a wave of regret. I’m vulnerable and exposed, and I’m now experiencing an emotional hangover of sorts. I start sweating and want nothing more than to climb back under the safety of my cozy purple comforter. My head is pounding and the panic swells. But then she texts back. She closes the door to her bedroom, and she goes to war. The mind-blowing thing about asking for prayer is that everyone comes away knowing Jesus just a little bit more. She spent time with Jesus because He gave me the courage to ask her to. With that fresh in my mind, when the service ends I take up the offer for our pastor and an elder to pray over me too. Though I still putter and hem haw around from my nervousness and vulnerability, we do sit down and we pray. Afterwards Pastor shares Scripture and a story about an outhouse and paths and the renewing of my mind, but I’m going to tell you a different version of the same story because it’s just more personal to me. 🙂

In college there was this stretch of lawn between the classroom buildings and the DC, where we ate. When the bell tower rang at noon, you could see a mass of twenty-somethings walking across that lawn, like tiny ants drawn toward the remnants of a toddler’s sticky, abandoned lollipop. Over time a path had formed in the grass, and years after I graduated they actually put in a sidewalk there. The worn dirt path existed because it was the shortest way to get from A to B. It got worn because we walked it all the time. Our brains are like that. (But they can be renewed! It’s called neuroplasticity, and the Bible talks about it in Romans 12. I’m continually in the process of becoming more Christ-like and allowing Him to make those new networks of neurons. The fact that He can and DOES physically renew and change our brain is incredible, and worth studying.) But today, the first step on my old well-beaten path was born from an innocent sentence from my five-year-old son, Lucas.

It isn’t a complaint or a judgment call on my worth. It is just an observation, really. He isn’t wrong. So here I am, sitting with this sentence just hanging in the air.

Thought A: “That’s true, I have been sleeping a lot.”

And that’s what I say to him, but inside, shame is undoing me. Because even as the words are leaving my mouth, another thought has already formed.

It’s not a long walk from thought A to thought B, and I’ve walked it 101 times. Sometimes I think there might as well be a concrete path there, I’ve walked it so much. The thing is, thought A isn’t actually harmful in and of itself. I could track the stats and see the numbers of hours I spent asleep, and they’d no doubt be higher than the average person’s. The problem is, point B is actually a really crappy destination, and not even close to being true. This is why neuroplasticity and God’s ability to REWIRE my brain flippin amazes me!!! My pastor encouraged me to memorize Psalm 131, and to visualize this whenever I observe the unwanted thoughts creeping in. Verse 2 is about a weaned child who leans into his mother’s breast, not because he needs milk anymore, but because her presence is comforting.

P.P.S. Brandon is the best husband and dad ever. 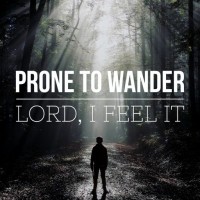